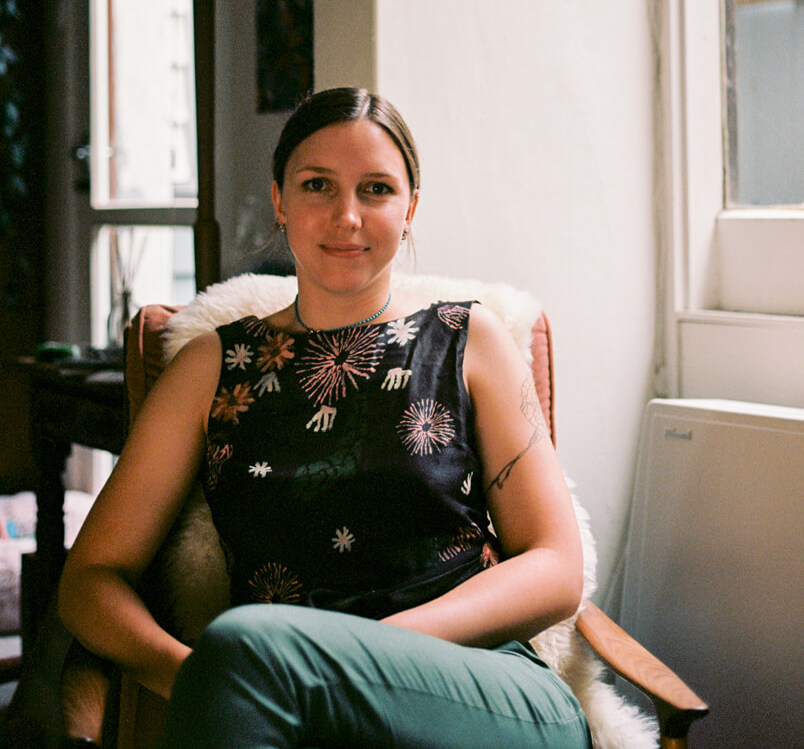 During lockdown my creative practice has been pretty wonky. My practice schedule really fell out the window initially. I went through a period where I didn’t even want to touch the harp, I was just so upset. Last year we all had diaries that were full of bookings and shows, and the experience of losing that work was really weird. I felt so unmotivated to practice. Without an audience, without performing, I was lost. And then I started slowly building backup; playing old pieces that I loved but that I hadn’t touched for a long time. That reminded me that I love playing the harp, and playing for the sake of it, it doesn’t have to have a goal, it can just be for me. 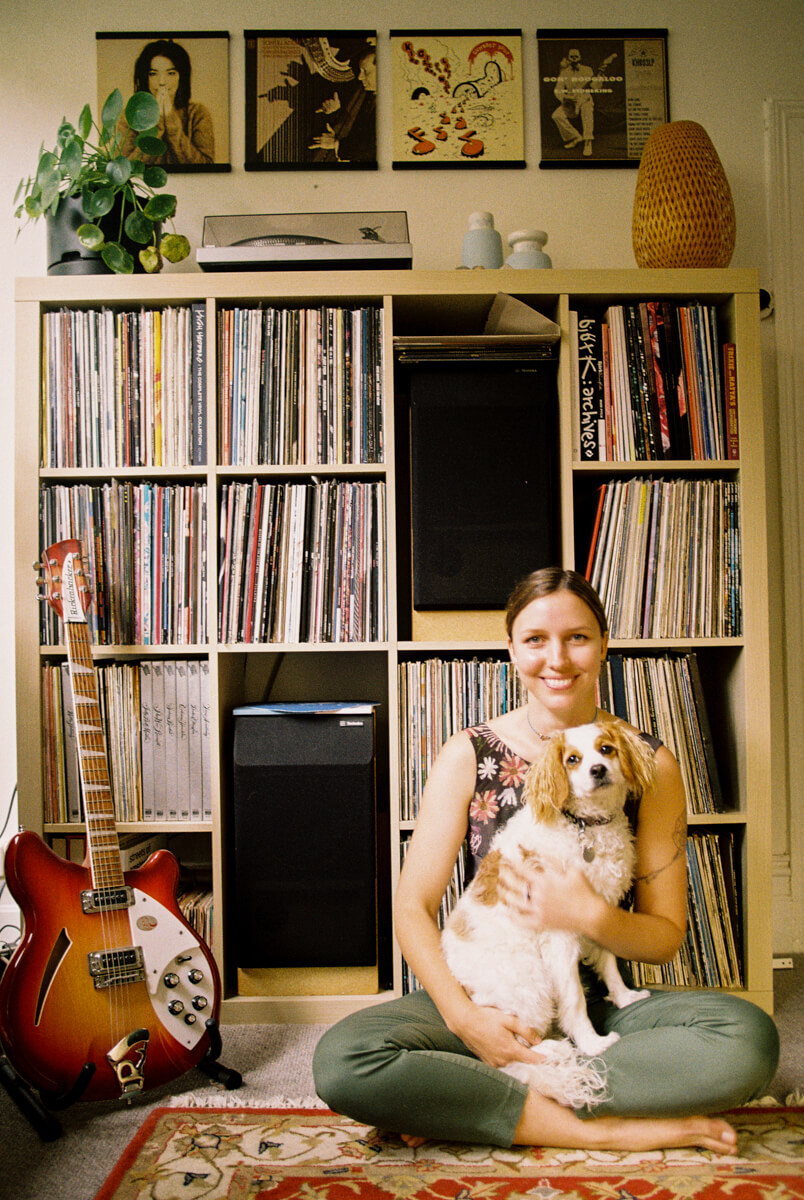 One of the pieces that rekindled my love of playing was the Suite for Harp by Benjamin Britten, which is so stunning. The final movement, “Hymn,” was the first piece that I really engaged with after months of silence. Playing it reminded me of being at Uni, a time when I was also practicing a lot but performing a relatively small amount. It also brought back fond memories of study with my former teacher, Alice Giles AM, whose own recording of the Britten never fails to inspire me.

I finished my PhD at the end of last year. It was so good to have something that didn’t involve playing that I could engage with. I could work on the thesis component and ignore playing for those initial weeks of lockdown that I was too upset to touch the harp. My PhD investigates the music and philosophical writings of famous harpist and twentieth-century composer Carlos Salzedo. As part of the project I travelled to the United States (back in 2017 when we could do stuff like that), where I found various unpublished works of his that I was able to record back in 2019. It was a wonderful experience and I am super proud that I finished the thesis despite the challenging year that was 2020. 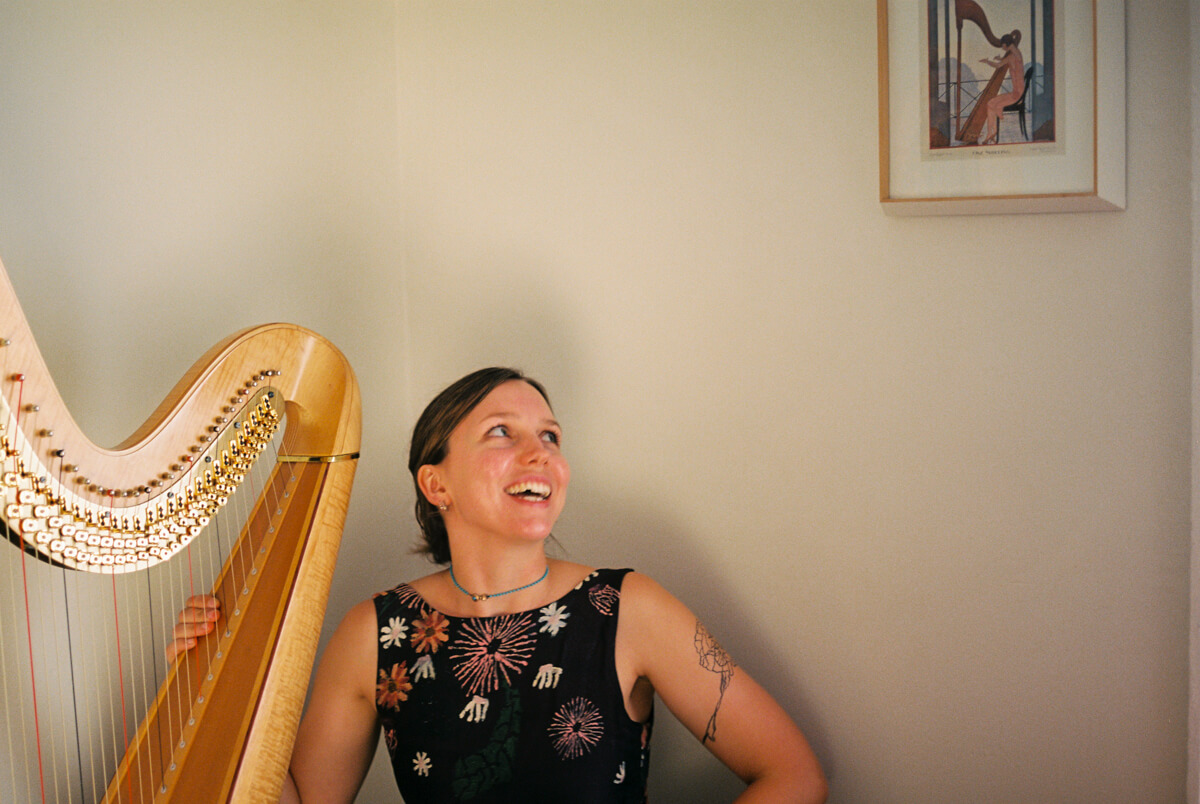 One of my 2020 highlights was the Harp Sonata that Stuart Greenbaum composed for me, which we managed to record just before the hard lockdown happened. When Stu was developing the work, he would send me drafts and I would muck around with them. Then he’d come over to my house to hear me play it but, because of COVID, he would have to sit really far away from me, and we had to have all the doors and windows open! It was so lucky that we were able to finish the work and record it before the lockdown happened.

I began learning the harp when I was five. I started playing because of a particular harpist, Xanya Mamunya. My parents took me to a chamber concert that she was performing in, and I was mesmerised. After the concert I ran up and told her that I wanted to learn the harp with her! Thankfully she agreed. Xanya has been one of the most important people in my life and continues to be. She is a second mother figure to me. I always call her to chat over any big decisions in my life. 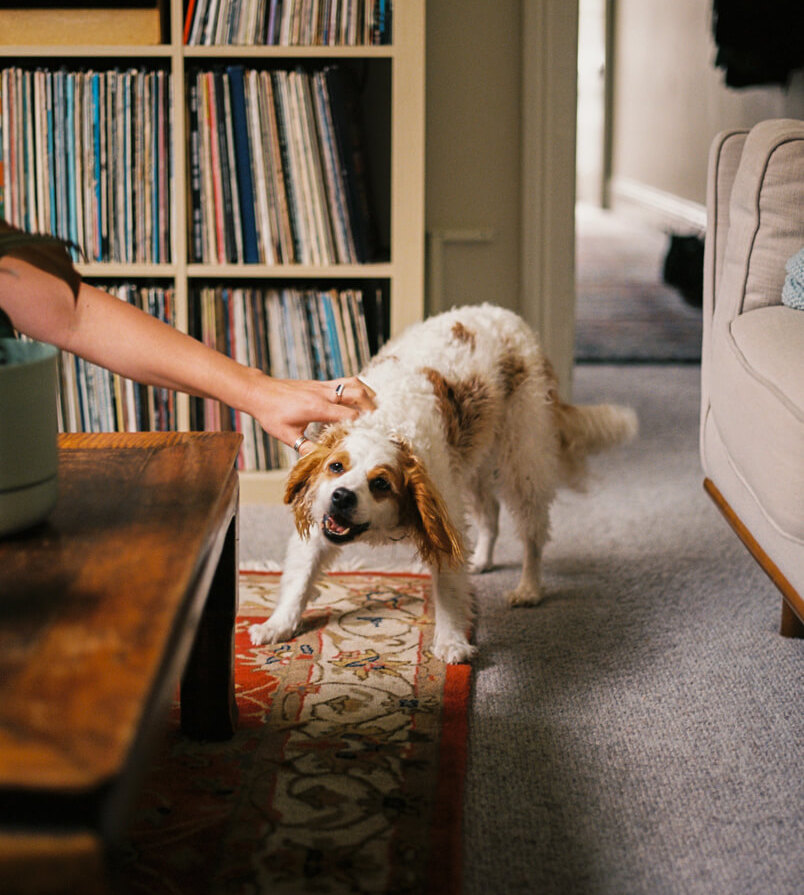 One of the most amazing concerts I’ve ever played in was the Australian World Orchestra conducted by Sir Simon Rattle. That was wild! Performing at Play On with my trio the Chrysalis Trio was another top experience. When you perform at Play On you can really feel the audience, they are so close! And you can feel them listening intently. It is really electric and a very different atmosphere to normal classical concerts.

Most of my professional work now is with the Melbourne Symphony Orchestra. When you play in orchestras you can feel distant from the audience and many of your colleagues because you are usually playing in big venues, like Hamer Hall at the Arts Centre. You don’t get that immediate enjoyment that you get from an audience in a more intimate setting, but then you get to be part of a huge orchestral sound. I love both chamber and orchestral music, each is stimulating in different ways. 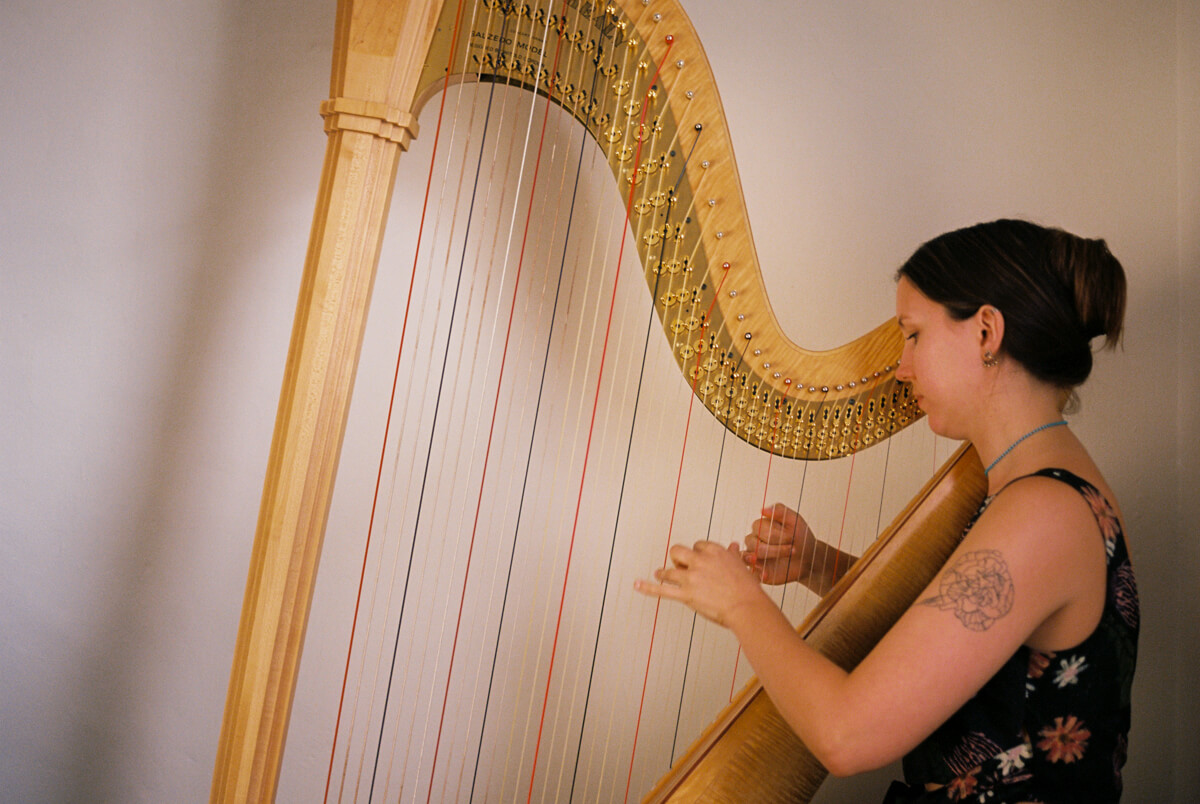 One of the things I found difficult during the lockdown was seeing so much productivity from other people! It seemed like everyone was learning so much new material, constantly performing online and that kind of thing. I really respect that response and I wish that it were the one I’d had, but it wasn’t. Sometimes I think that society expects us artists to be so productive all the time, even though we are doing it really tough. We are still expected to keep giving.

I had a lot of guilt associated with my response during the lockdown. I have processed it now, but there was a period there where I felt like a failure of a musician because I felt I wasn’t doing enough. I would say to myself “you have so much time, why are you not learning more notes?” But I just couldn’t do it. Instead I baked bread and watched junk TV! 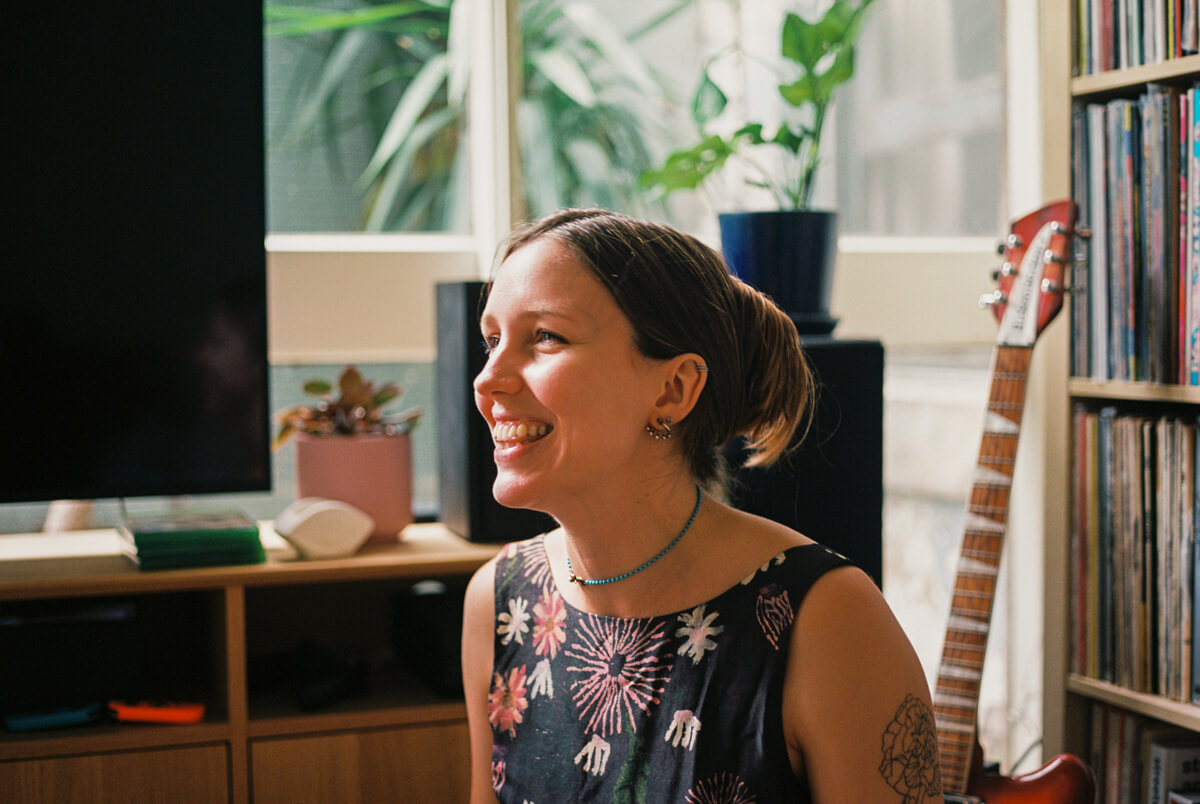 My harp was made in Chicago in 2008, by a company called Lyon and Healy. This particular design is by Carlos Salzedo himself, in collaboration with an artist called Witold Gordon. It isa 1928 Art Deco design. It has ridges on the front which are supposed to mimic the New York skyline. Salzedo wanted the design to move away from the rococo floral vibe typically associated with the harp. So he made this one, with its bold lines on the soundboard and bare wooden column (typically gold leafing is used).