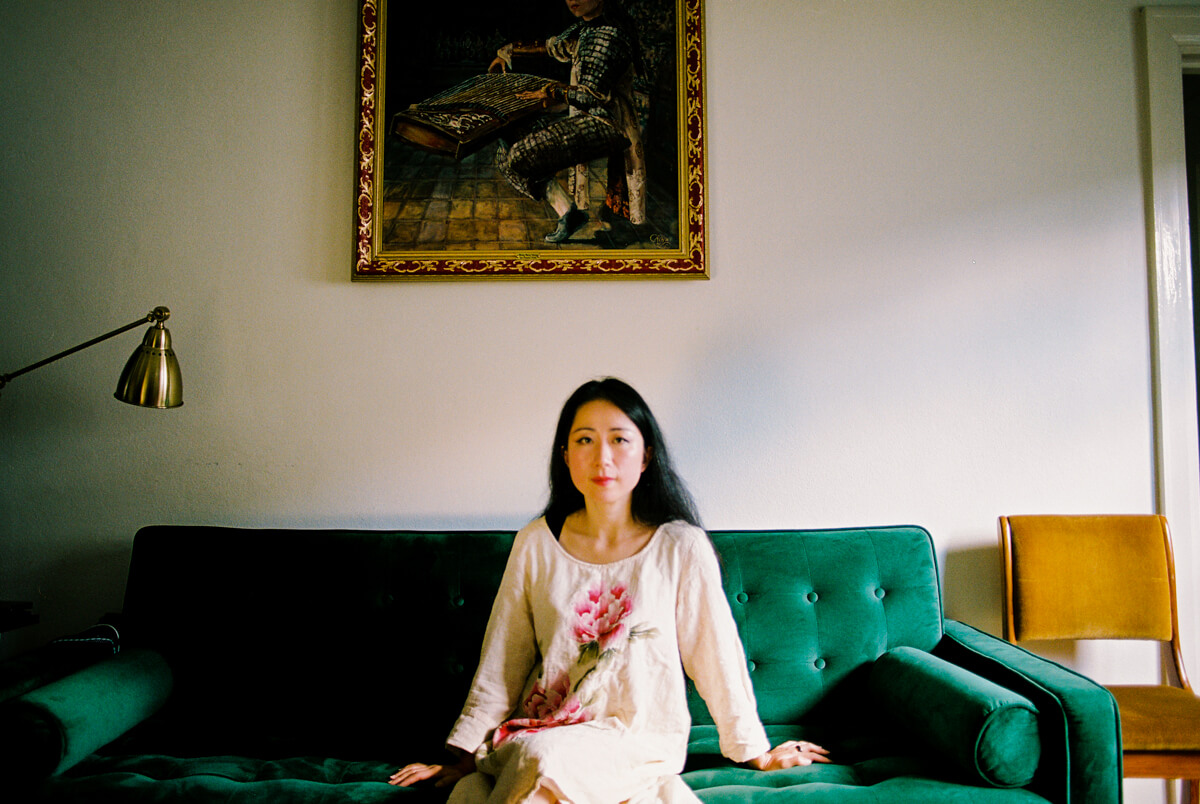 I feel like I was one of the luckier artists during lockdown because I’m generally a very positive and happy person. A lot of artists are really sensitive, so found the lockdown really difficult. The lockdown forced me to look at things in a different way and shift my focus. I started to think more about releasing music and not just about performing live. At the end of 2020 I released by EP and I also developed a new collaboration and recording project with the artist Tim Shiel. If it wasn’t for the lockdown, I would probably still be more focussed on live performance, rather than collaborations and recordings, so that was a real positive for me.

I think working with Tim Shiel brought out a really different part of my music. He really inspired me and encouraged me to present my music in a different way. He’s extremely easy and fun to work with so I really enjoyed collaborating with him! 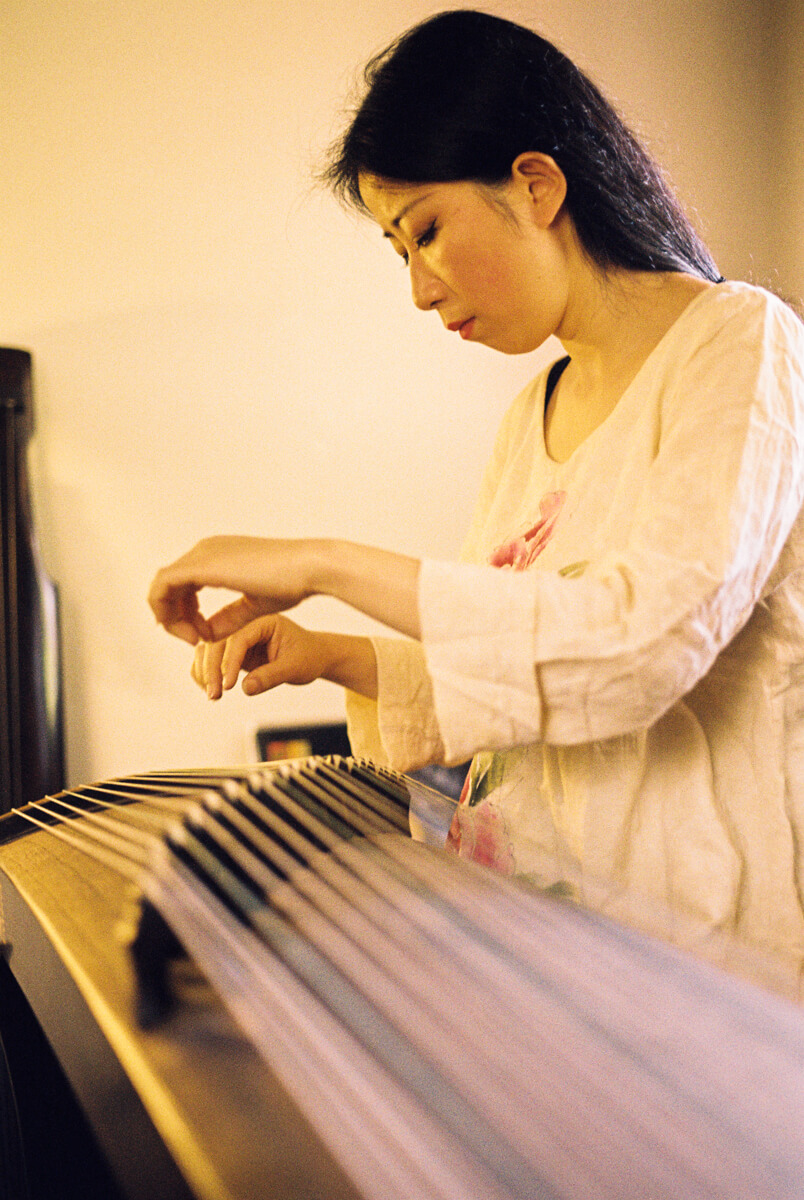 I’ve been playing Guzheng for almost 30 years. When I first started learning I was so small that I couldn’t move my fingers on the strings. My mum took me to my music lessons and supported me.

Guzheng is not so hard to learn, it’s probably easier than the violin. It’s easy to make it sound good, but to get to a professional level as a traditional player is very difficult and takes a long time and years of training. Once you become skilled though it brings a whole new level of freedom with the instrument. Once I mastered the guzheng as a traditional player I was able to start to experiment and explore contemporary playing and collaborate in different styles.

I first learned the guzheng in China, but, when I was a teenager I moved to the UK to study music. There I studied Western music and composition and also started to get to know a lot of different types of music, and began exploring playing in different styles.

When collaborating with other musicians, especially those who work in the Western musical tradition, I’m always conscious of respecting the fact that the guzheng dates back thousands of years and represents culture and tradition in China. The guzheng is pentatonic and traditionally tuned in D Major. This makes it difficult to collaborate with Western instruments which have 12 notes in an octave, when we only have 5. It's like you don't have half of the resources that the other instrument has so it’s not always straightforward to collaborate! 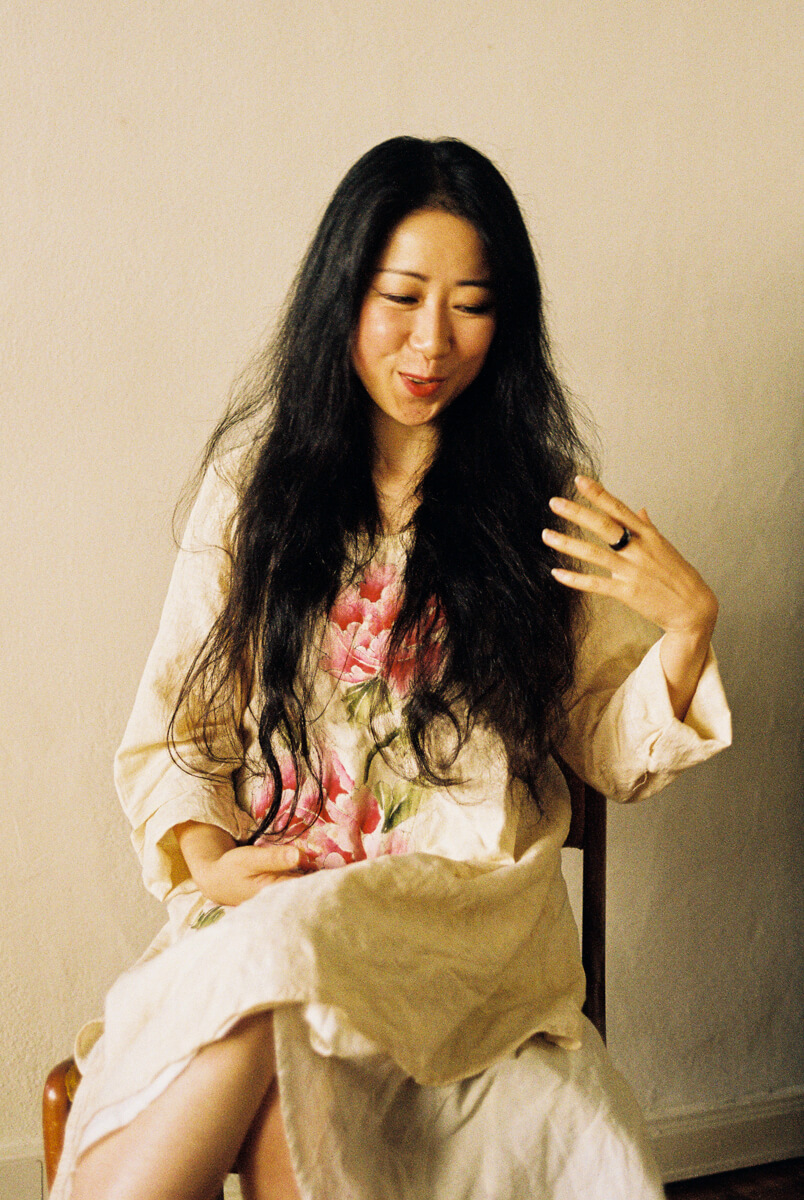 My hometown is in Northwest China in a province called Lanzhou. It borders a lot of other ethnic provinces and there are more than 40 different ethnic groups living there. This means that the music and arts from this area is quite diverse and the local style fuses together the sounds of different ethnic groups in the area including inner Mongolia, Xinjiang and Tibet. The music from my province is quite different from what people think of as Chinese music. For example, there is a lot of music from Shinyoung and Xinjiang which is heavily influenced by Middle Eastern music. Sometimes when I play it for people, they think it sounds Turkish.

More generally, the music from the North and South of China have distinct styles. The style of the Northern School is usually strong, bold and intense whereas the Southern School is quite gentle, less percussive and very melodic. So, I grew up with all sorts of different musical influences, and that inspires me a lot in my work today. 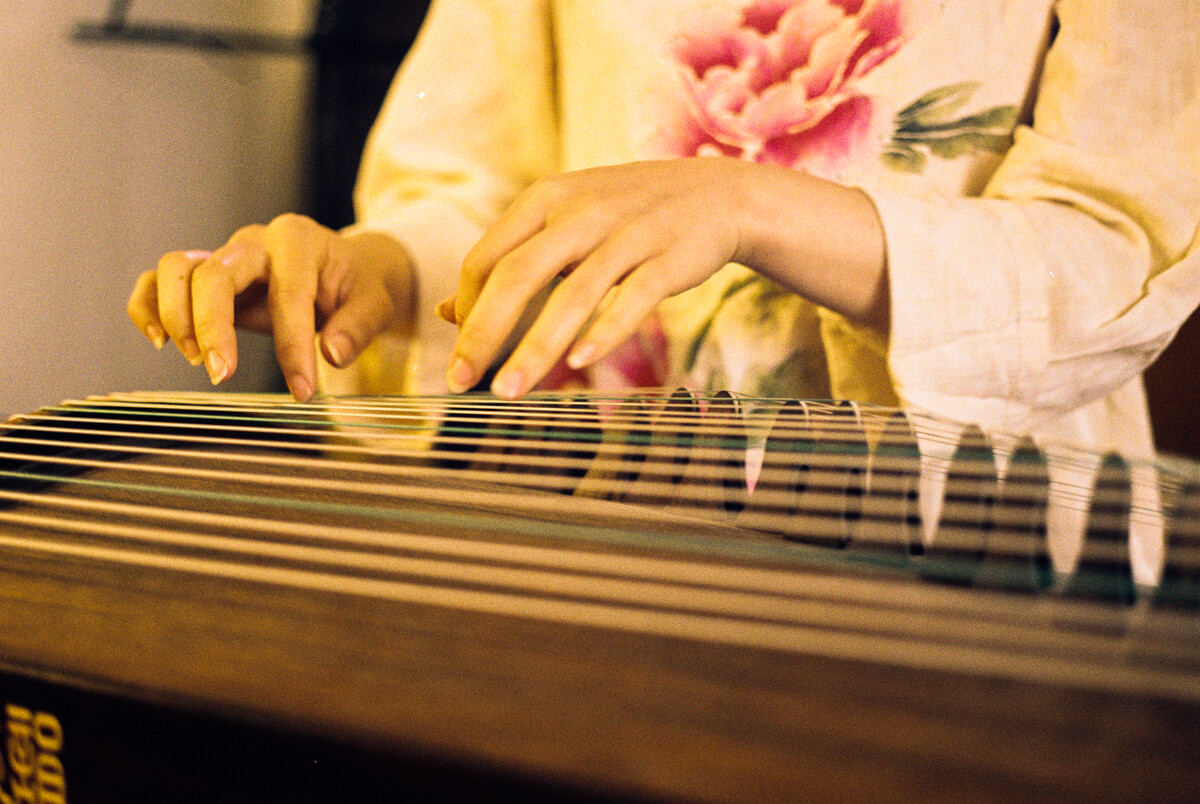 At the moment I’m working on multiple projects. One is a project inspired by coronavirus and how people feel when they are going through lockdowns like we did in 2020. When I was in lockdown, I watched a BBC documentary about Wuhan, China. It made me feel really sad because it showed people who were scared and were losing everything. I hadn’t really understood what was going on in China until I saw that documentary, and it made me realise that there was not enough coverage of this side of the story, of human suffering, rather than just statistics. So, I decided that I wanted to tell this story through a new musical project.

The documentary showed that no matter who you are or where you come from - what passport you have - you feel the same about family and loved ones. Being isolated and unable to see our loved ones affects us all the same. I want my new work to remind people of that. I hope it will encourage people to be more open and accepting and make people realise we are all just the same, no matter where we come from.

The project will focus on three main stories. One from Wuhan, one from Melbourne and the third one is my own story. I want to tell the story of me and my mum (who is in China), and what it was like for us to be separated because of the pandemic. I haven’t seen her for two years. She was meant to arrive here in February [2020], but she couldn’t come because of the China travel ban. She lives by herself in China so she went through a very lonely isolation period during the lockdown. 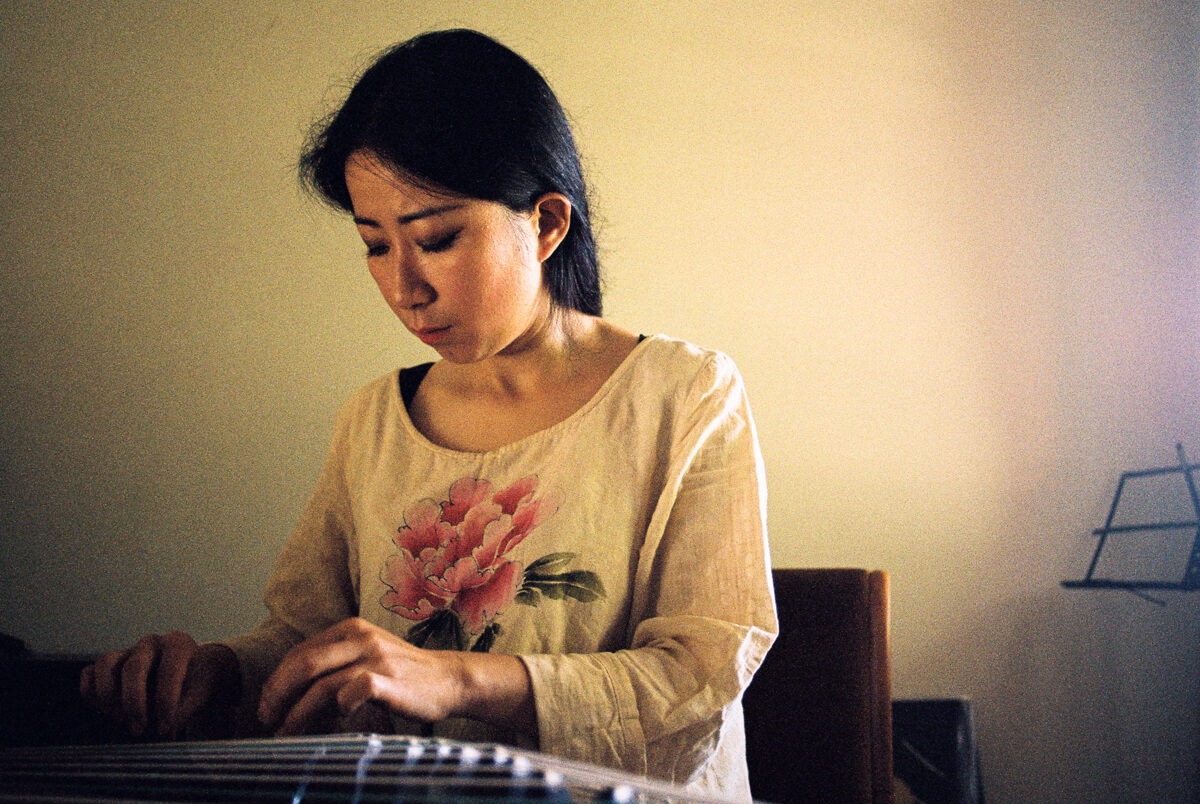 I’m also working on an EP with Sui Zhen and later in the year I am working on a project using artificial intelligence, like AI systems, to read people’s minds and feed it into an electronic piano! Basically, we are letting the audience mind control electronic magnetic piano to interact with artists playing on stage. This is a really complicated project! 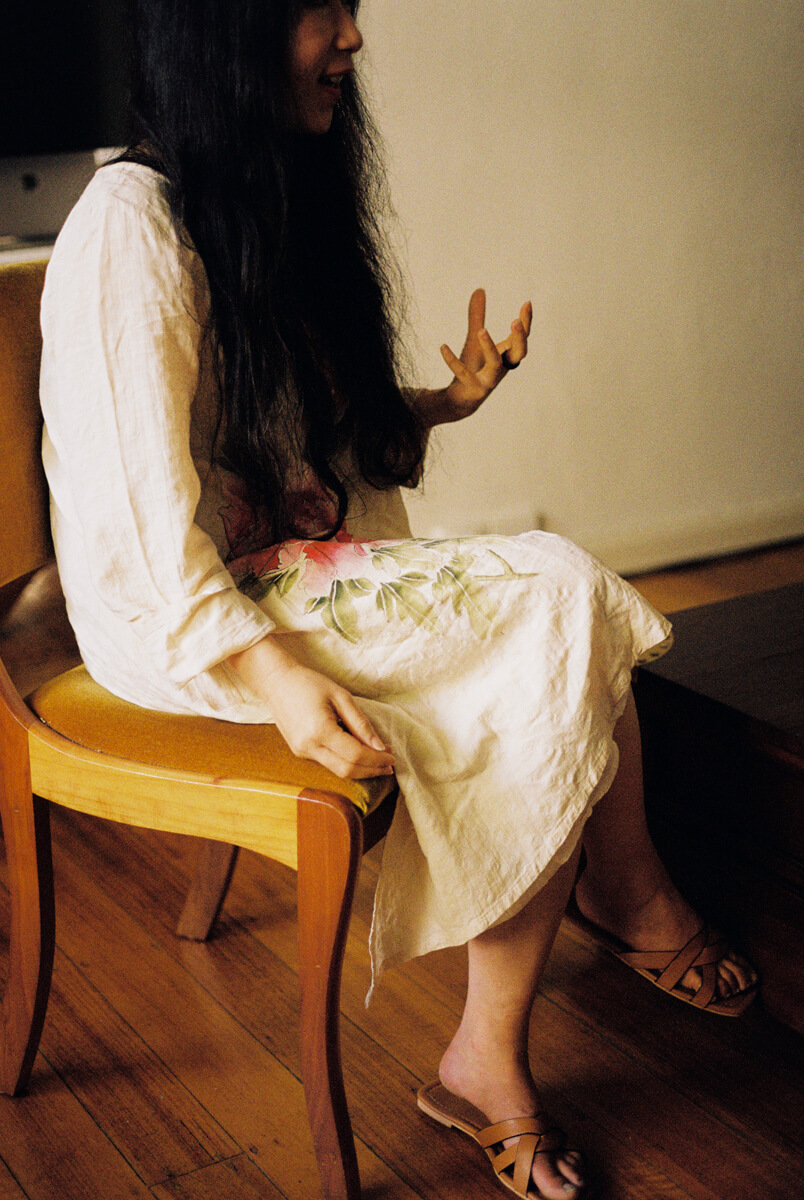 My experience performing at Play On was amazing, I loved it. When you’re on stage you can feel what the audience is doing. You can feel if they are listening, if they are listening with passion. If the audience is engaged and excited you can feel it and it really boosts your energy on stage. As a performer, the energy of the crowd is always so important, and I felt like I could feed off the energy at that show, which made it so awesome. 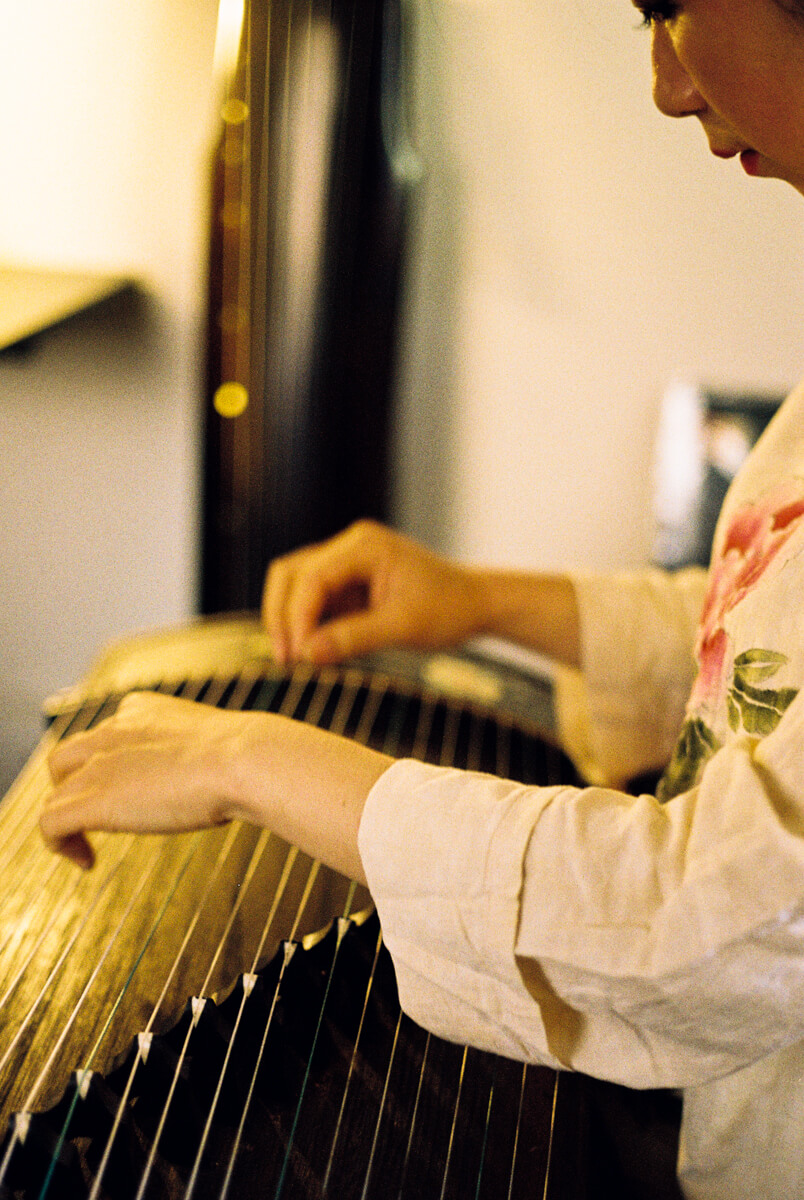 At that gig it felt like every single person in the audience was like fire. It was also really hot in there! It was sold out, and the venue was very full and everyone was squeezed in together. The Play On audience is very different from the audience I would usually encounter, so I was excited to perform for them and see their reaction, because I don’t think they knew what to expect. They were super open and a very concentrated, focused audience which made it an amazing experience for me as a performer.