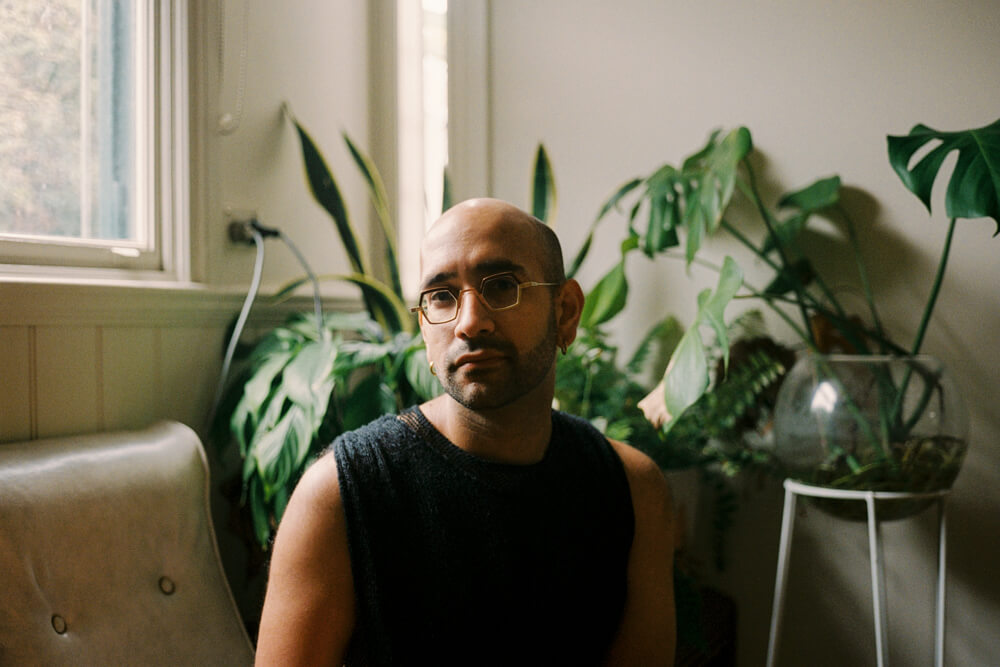 RA describes your sound to be "hi-def, glossy textures and fluid polyrhythms, drawing connections between traditional and hypermodern instrumentation". How long did it take you to find “your sound”?

I’m only in the past few months beginning to feel a strong sense of direction in ‘my sound.’ I’ve been DJing on and off since 2013, and played my first club show in 2017 - so it’s taken a while! I really struggle with this because there is just so much incredible music across so many genres that I deeply engage with and enjoy. I constantly want to play everything, and am influenced heavily by DJs that mix a really broad range of genres. It’s taken a long time to be able to distill commonalities from the very broad selection of music I really enjoy, develop a conceptual framework to link it together in, and only now am I finding myself able to do those two things in more depth. 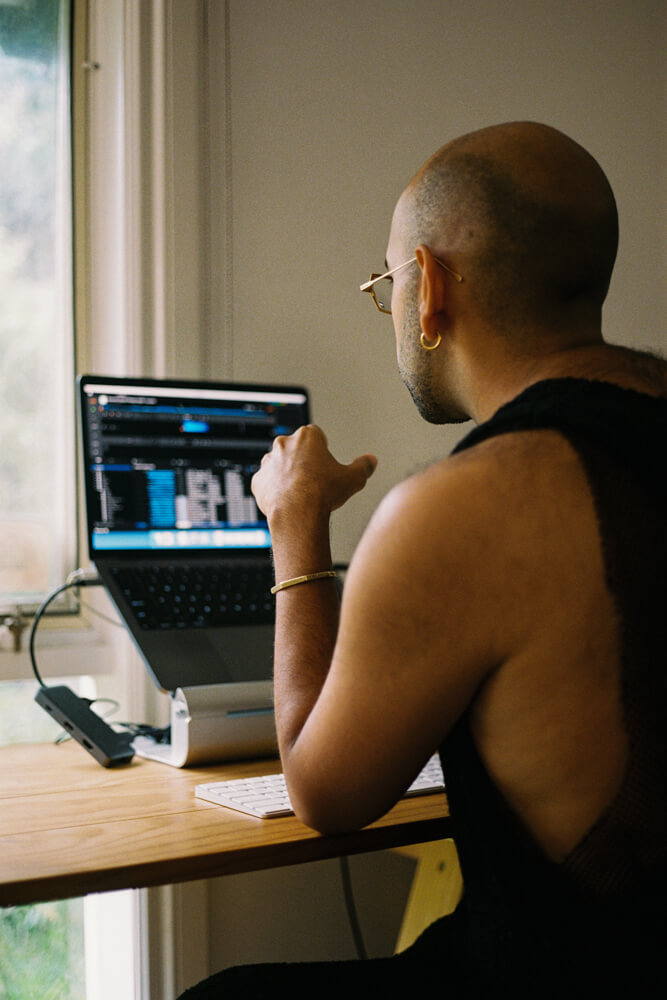 Who are your greatest musical and creative influences?

I don’t really see my work as an organiser and a DJ as separate, and I think there’s a strong bidirectional relationship between my personal politics and the music I play and how I try to play it. I’m influenced by people in the music industry who are intensely compassionate but are not afraid to rock the boat - my hero in that context is Frankie Decaiza Hutchinson (Discwoman). I’m strongly influenced by DJs like CCL who are simultaneously incredible artists but also pillars of their community. I also draw a lot of inspiration from musicians that have a profound knowledge of their craft but are using that to create new forms - Rohan Rebeiro is someone locally who represents that to me. And I’m always excited by people who are feverishly invested in their work, coupling a strong vision with a desire to elevate other artists -- shout outs to DJ Moopie on that front. 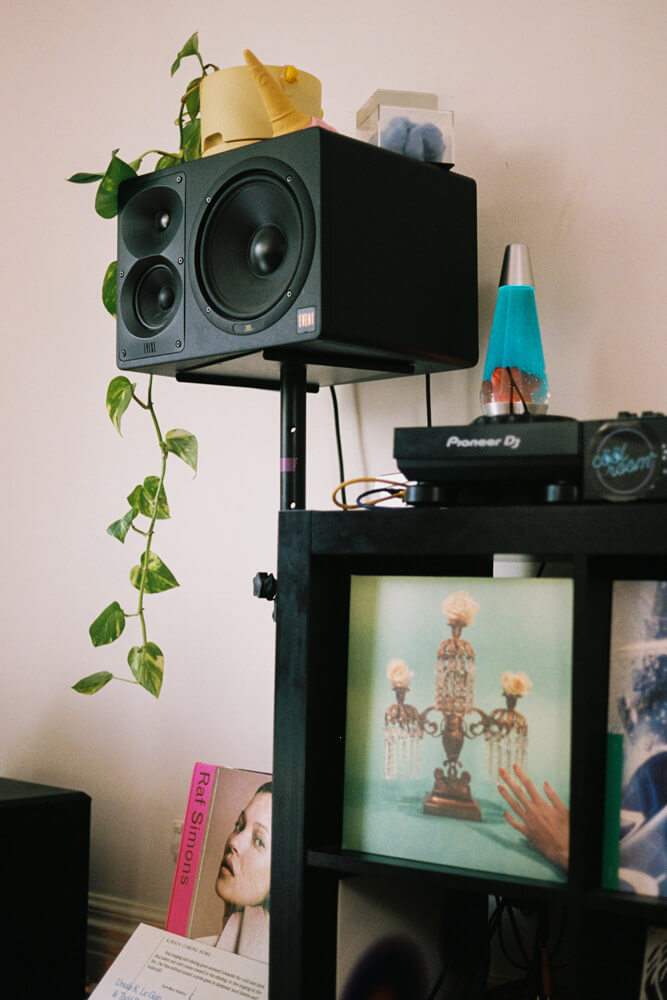 You recently worked on a website project with Patrick Hase inspired by early internet experiences, by the symbiotic relationship between listener and DJ, the beauty of ‘live’-ness, the give and take of shared spaces. With this work you were asking questions such as , "can digital platforms spark reflection and awareness, rather than be anaesthetising? " and "are there still to-be-explored ways of being together, apart?" How was the process of making this work with Patrick? ‍

We worked on this one remotely through lockdown, and while we are IRL friends from prior we’ve actually only met once since we started working on room2.fm together! The work started from my disillusionment with the general state of the streaming landscape as the pandemic became real. The vast majority of it was cookie-cutter streams on platforms owned by ugly corporations. There weren’t visible frameworks for operating outside of those systems, and I think most people were too in shock and scrambling to survive to build something different or better. Patrick and I linked up and he brings a really exceptional understanding of digital spaces, autonomy, and web dev - we tried collectively to envision something better and more participatory. It will hopefully down the line transition into a framework for integrating online participation into IRL contexts - watch this space! 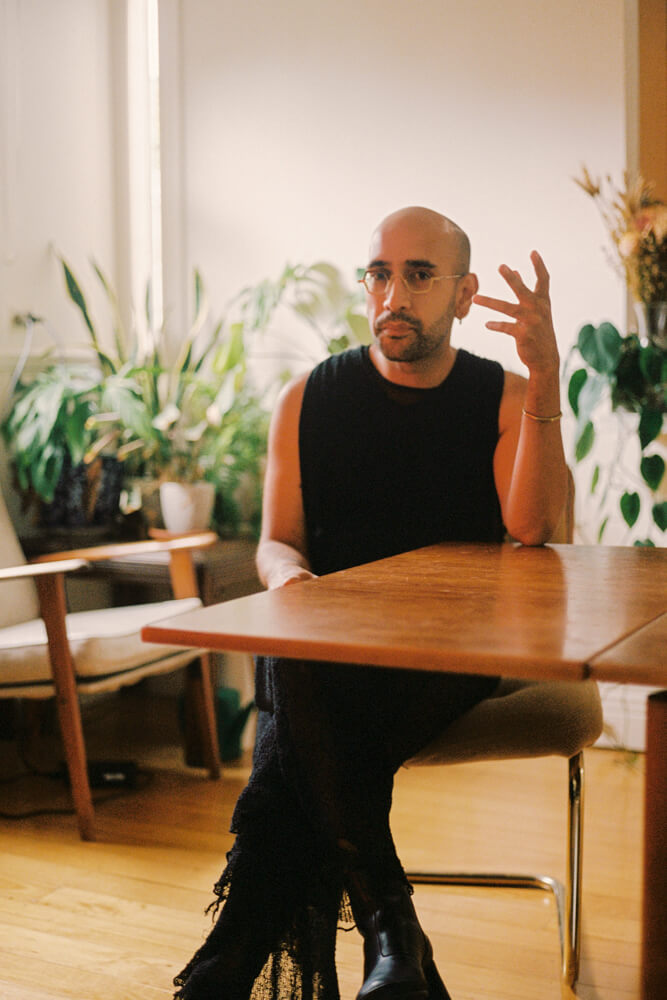 Hopefully, music that feels both old and new, interesting and ecstatic. 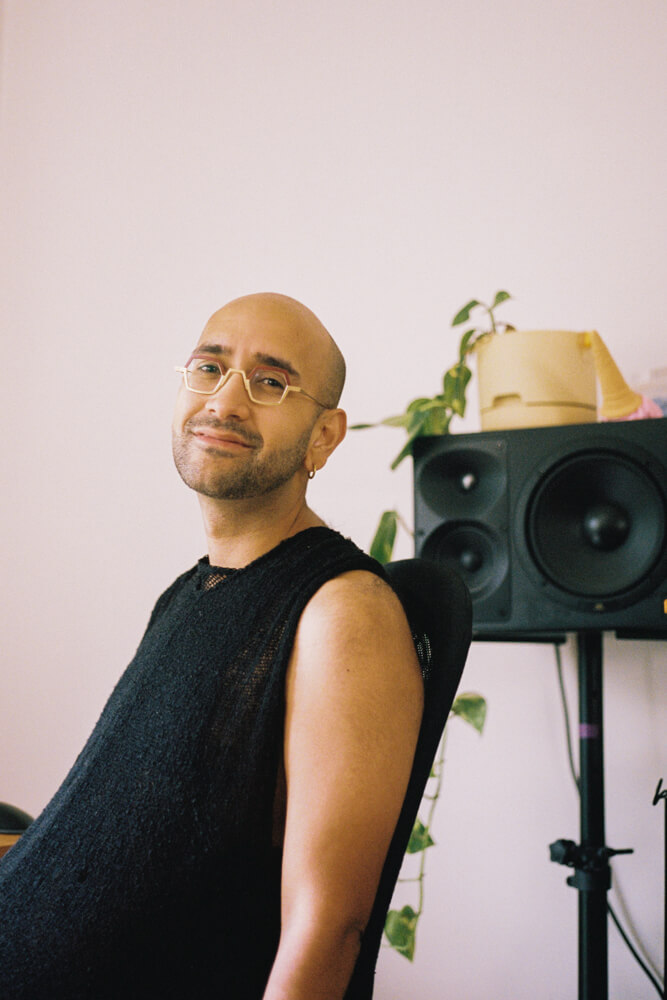 Anuraag performs at Play On this Saturday 17th April. Find the event here.