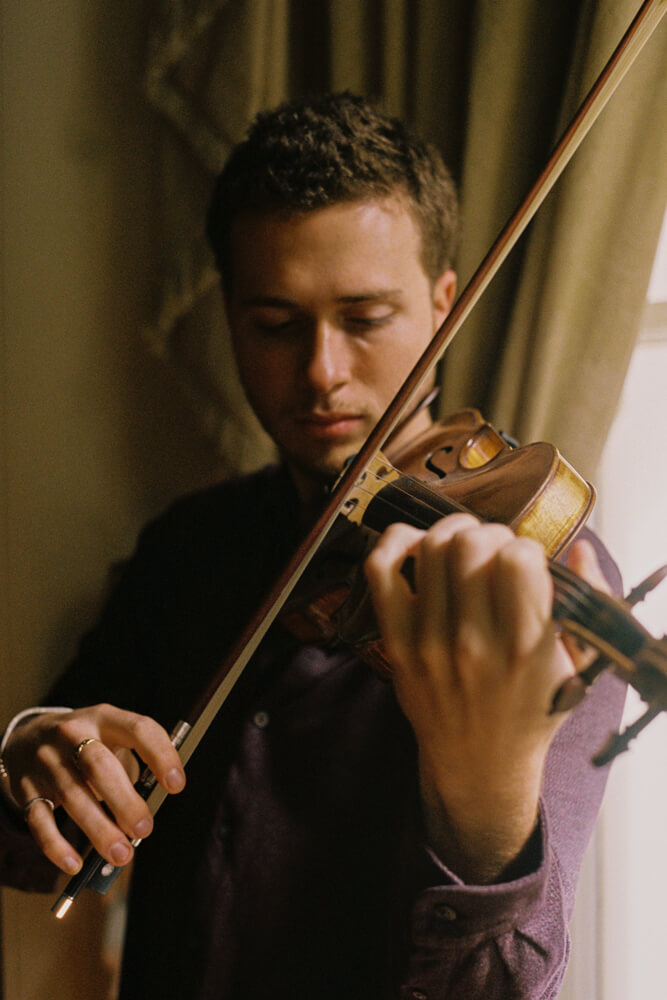 What got you into violin initially?‍

I grew up surrounded by music. Mum and Dad have been playing in a sixties garage rock ‘n roll band since the eighties, so there was no doubt that music was going to play an integral part in my upbringing. My older brothers all play musical instruments and I guess, being the youngest, I felt I should follow suit!

Who are your greatest creative and musical influences?

First and foremost my family. They are the ones who created or played the very first music I heard.  Beyond my family, some of my biggest inspirations are Erkki Veltheim, Anthony Marwood, Thelonious Monk, Gareth Liddiard, Nathan Milstein, Bob Dylan, Duke Ellington, Shunske Sato, Liza Lim and my former teacher Robin Wilson who helped me make sense of it all with the violin. 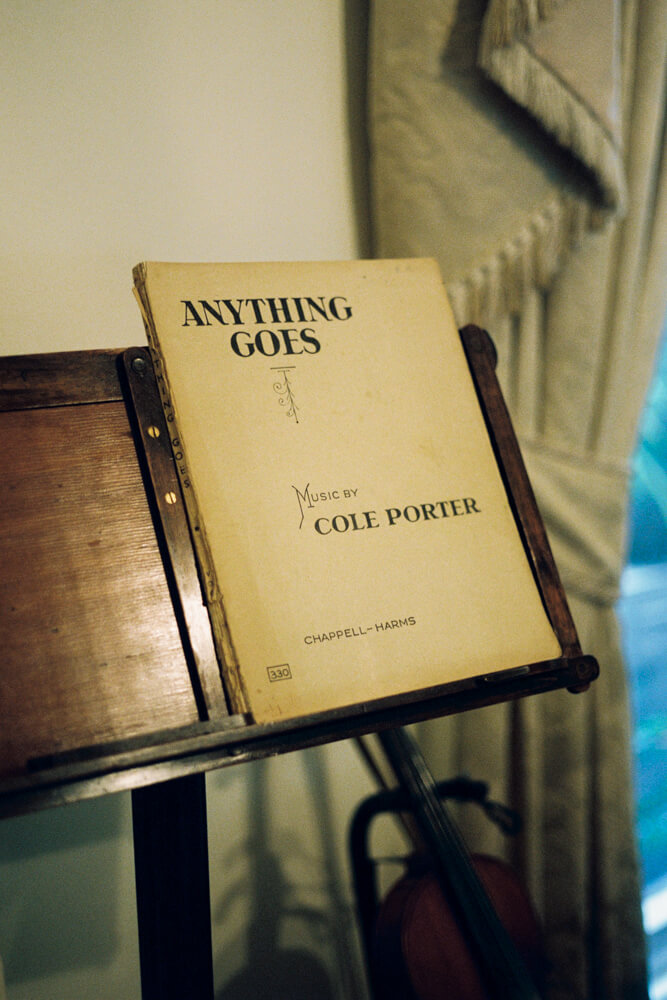 You mentioned that your parents play in a sixties garage rock n roll band. Is this musical background something that originally influenced you to start playing music?

Yes, absolutely!  Growing up, Mum and Dad used to take my brothers and I to their gigs. It got me interested in music in a very down to earth way. For them, music was always about bringing people together.
‍

You have trained in Melbourne, Vienna and America. Are there different styles of performance in each of these places?

I have found that the Viennese and US schools are characterized by particular styles of playing that are vastly different from each other.  What I have loved about my studies in Melbourne was the fact that it wasn't so prescriptive and bound by tradition. I think the Australian classical music scene is still finding its voice, and as a result, affords one to speak with their own voice. 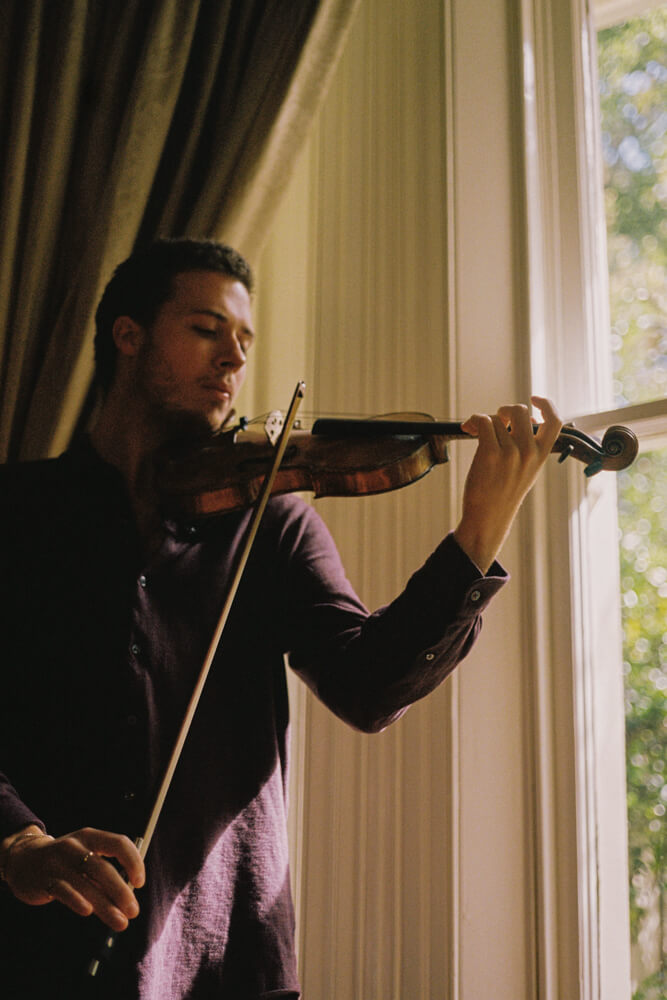 Can you tell us about your instrument?

I was fortunate enough to acquire this instrument through private, very generous benefactors when I was 16. I was immediately captivated by its incredible depth and sensitivity.  It was made in 1780 by Pietro Landolfi.

You have talked about the importance of improvisation and playing by ear in music education, is this something that you had to develop separately from your classical training as a violinist?

Growing up, I was lucky enough to have had some great music teachers who helped cultivate my improvising and ear training. I have always found it odd that improvising is not an integral part of our development and training as classical musicians. Classical improvisation is almost a lost art, however there are a few people bringing it back... I hope to be a part of its revival. 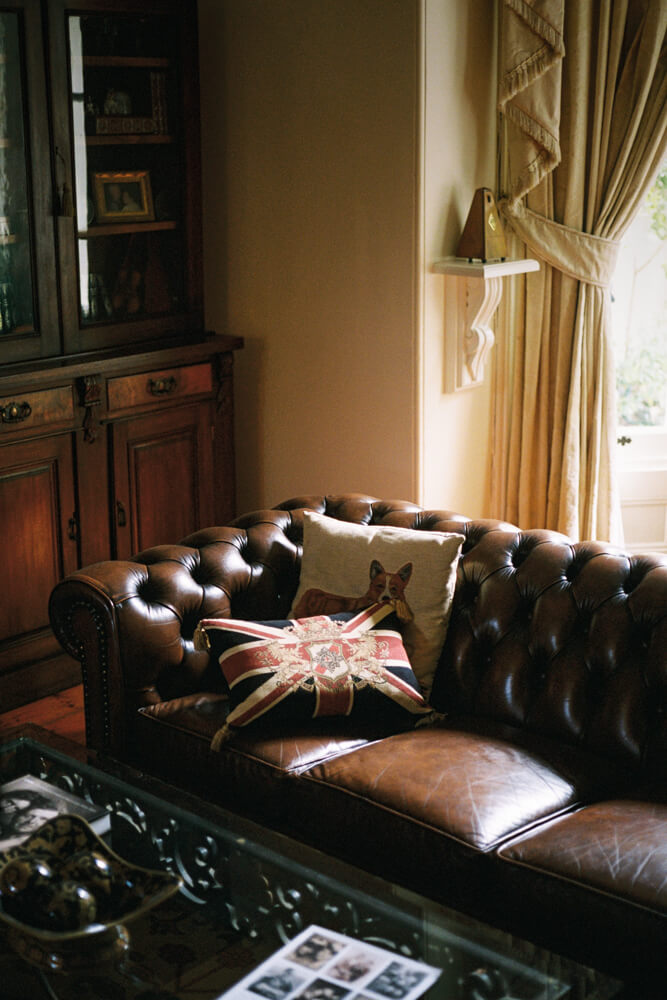 What is your dream gig?

Playing at Play On!

Do you have a favourite Australian composer and why?

It would be really hard for me to say, as I am fortunate enough to play lots of different Australian classical music. Recently I have fallen in love with Liza Lim's music. Her music is incredibly emotive and down-to-earth, with so many detailed aspects, layers and colours all the while sounding like it’s improvised. You can almost hear her curiosity, questioning and fascination with sound within her music.

What has been your favourite work to work on over the years?

That would be hard for me to say... but I always come back to Bach.  I think a lot of classical musicians do that - Bach has a way of demanding honesty and humility.  When I have time, I work on my improvisation and creating my own music. 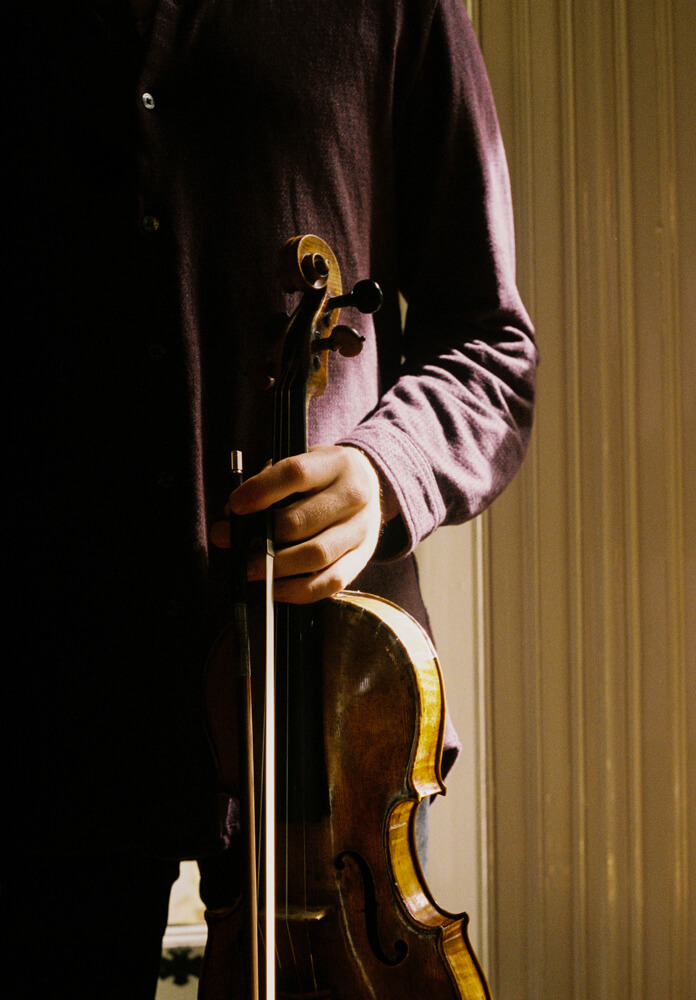 Do you have a preference for chamber music or orchestral music playing?

I see them both as chamber music, though each have their place in my heart.

Later this year I will move to Berlin to study at the Karajan Academy of the Berlin Philharmonic to study with Noah Bendix-Balgley. In the meantime I am really looking forward to touring with the Australian National Academy of Music (ANAM) orchestra and Musica Viva later this month. I’m also immensely excited about a concerto performance with the formidable Ensemble Apex and a recital with the Rathdowne Quartet in July. 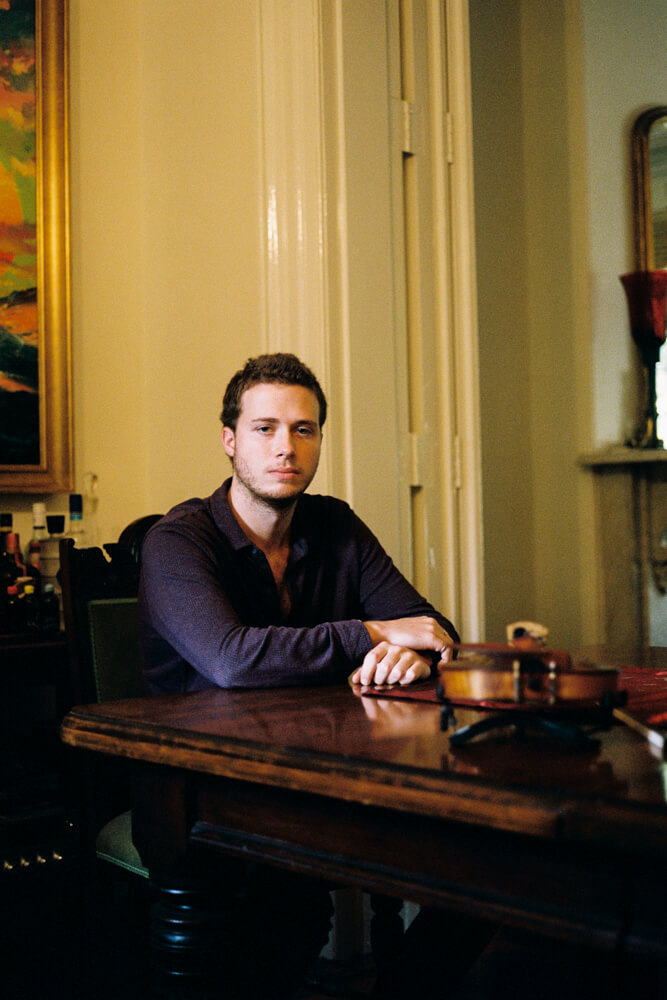 What do you think is unique about Australian classical music scene? Is there anything missing?

What I love about the Australian classical music scene is that it isn’t so much at the mercy of old European tradition and therefore affords one an opportunity to work on their own unique voice. Although, I do have an issue with classical music in general isolating itself from other genres. So often we see other genres and art forms allow for multiple different types of cross-collaboration and a key aspect of those collaborations is improvisation. I think that might be the way forward for classical music, particularly within the Australian music scene.

Can you tell us a bit about the program you'll be presenting at Play On on Friday?

A selection of some of my absolute favourite pieces of music, some of which kept me company in lockdown last year so it is a real privilege to finally perform these works. And I’m always so excited to share the stage with one of my closest friends and wonderful cellist, James Morley.