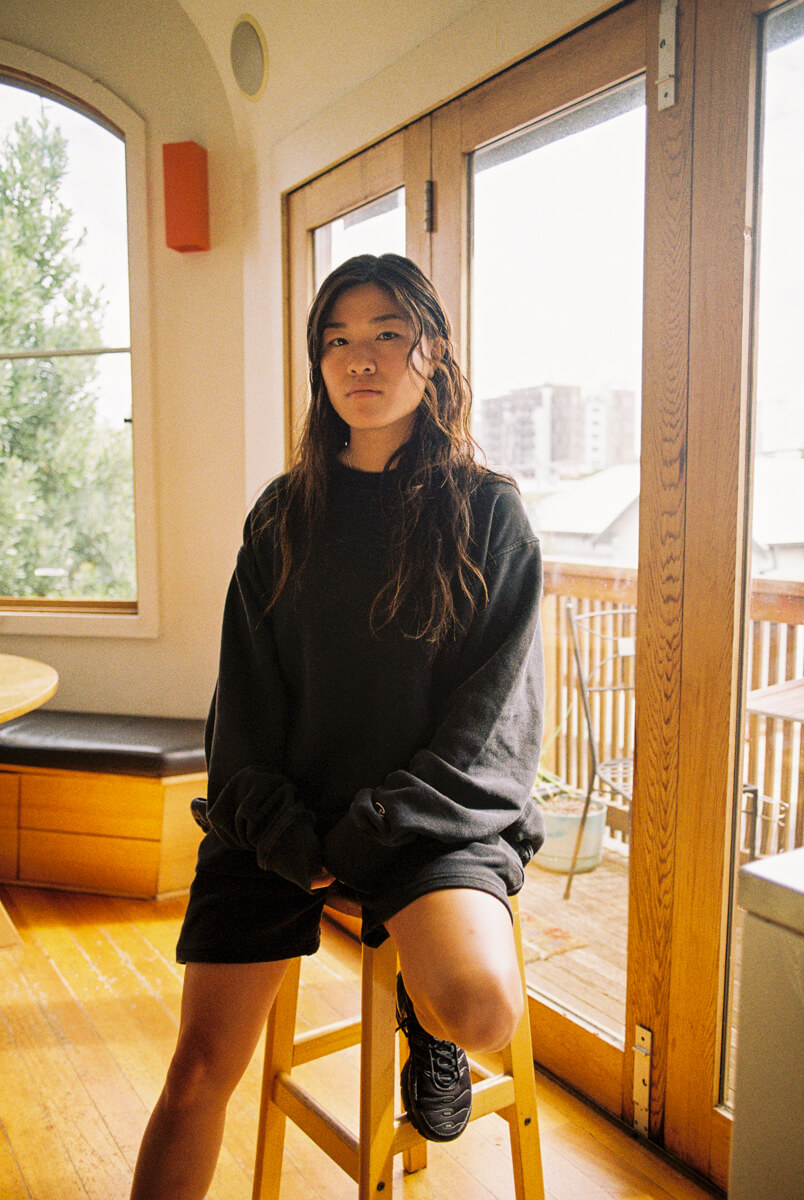 They were actually surprisingly good for me. I didn't realise how tired and overworked I was. Lockdown was an opportunity to re-centre myself and a space to shake off the anxiety that comes with the feeling of always needing to do more. During the lockdowns last year I finished off my EP ‘Water’ which has just come out on Butter Sessions.

Tell us about ‘Water’

The release I made before Water was ambient and I was conscious of being pigeon-holed as an ambient artist so I guess as a response to that I wanted to make more of a classic dance release. It's inspired by kick-ons and festival season and that euphoria you get at the party when everything inside and outside of you aligns. It also samples water itself and references samples from a few ocean creatures. 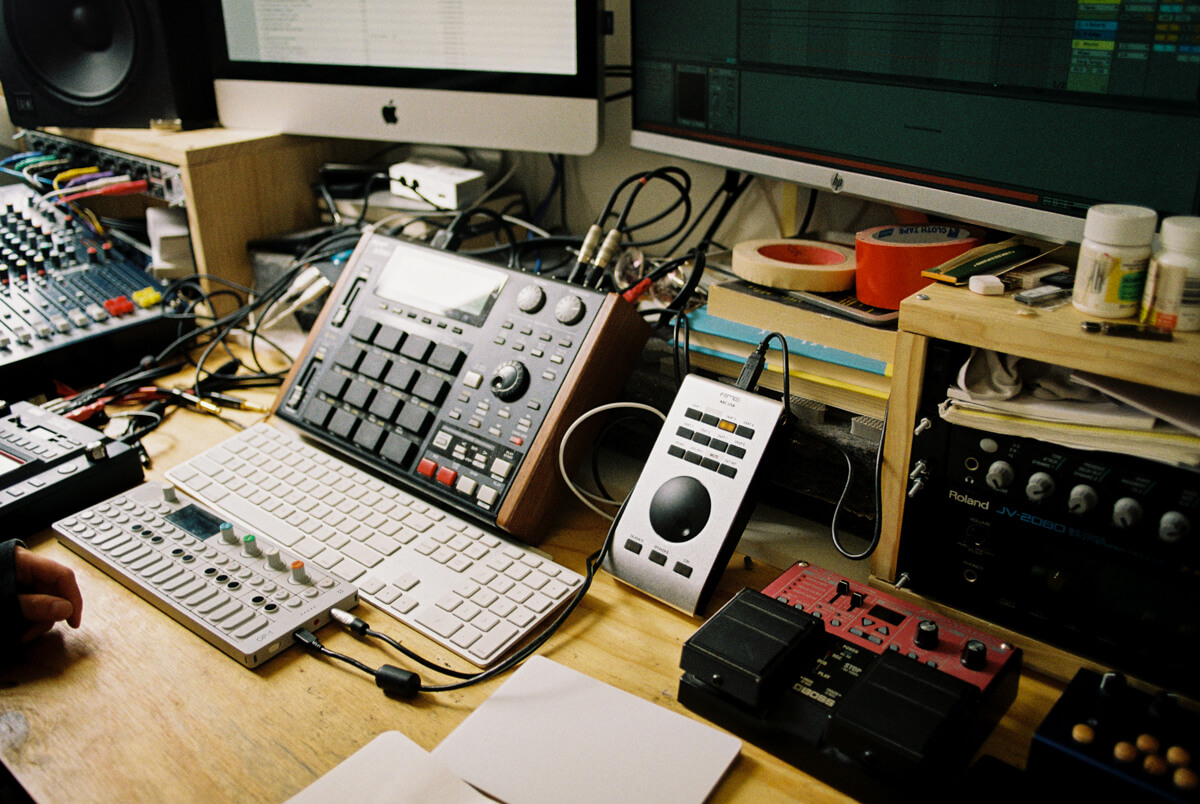 How did you end up working with Butter Sessions?

It came from a few chance encounters. I met Maryos in person for the first time when we were switching between DJ sets at Rooftop Bar in Naarm some time in 2019. We had a nice chat and he asked to hear my Hard/Soft EP which hadn’t come out yet. He enjoyed it and played it on his show and that led to a mix on their channel. I guess that interaction put me on their radar. Then, I went to Corey to master my song 1.5m which was a track and music video I worked on during lockdown last year. At the same time, I had a track (Out/Under) lying around that I wanted to get mixed and mastered so I could shop around to labels. While we were mastering it, he asked me if it was going into anything and if not to send him a few tracks. At that stage I wasn’t sure if it was going to amount to anything or that it would end up on Butter Sessions. But, they then asked for to hear more tracks. I already had three tracks that I thought would be an EP, and they offered me a release based on that, in the end we only used one of those tracks and I ended up making the other 4.

How was making 1.5m last year?

I made that during lockdown as well. It was in response to seeing the perk and peak of     DJ streams, which didn’t really hit for me. Making a music video isn’t exactly an original idea, but it really never crossed my brain as something I wanted to pursue, and it wouldn’t have if lockdown didn’t happen.

So, I reached out to the film-maker Gianna Mazzeo and she jumped on board. It was great to collaborate across artforms, which was something I hadn’t really done before. We worked with dancers, film-makers, hair and make-up artists. We came up with the concept with lockdown restrictions in mind, so everything was rather voyeuristic in how it was shot. Just one dancer at a time, that kind of thing. 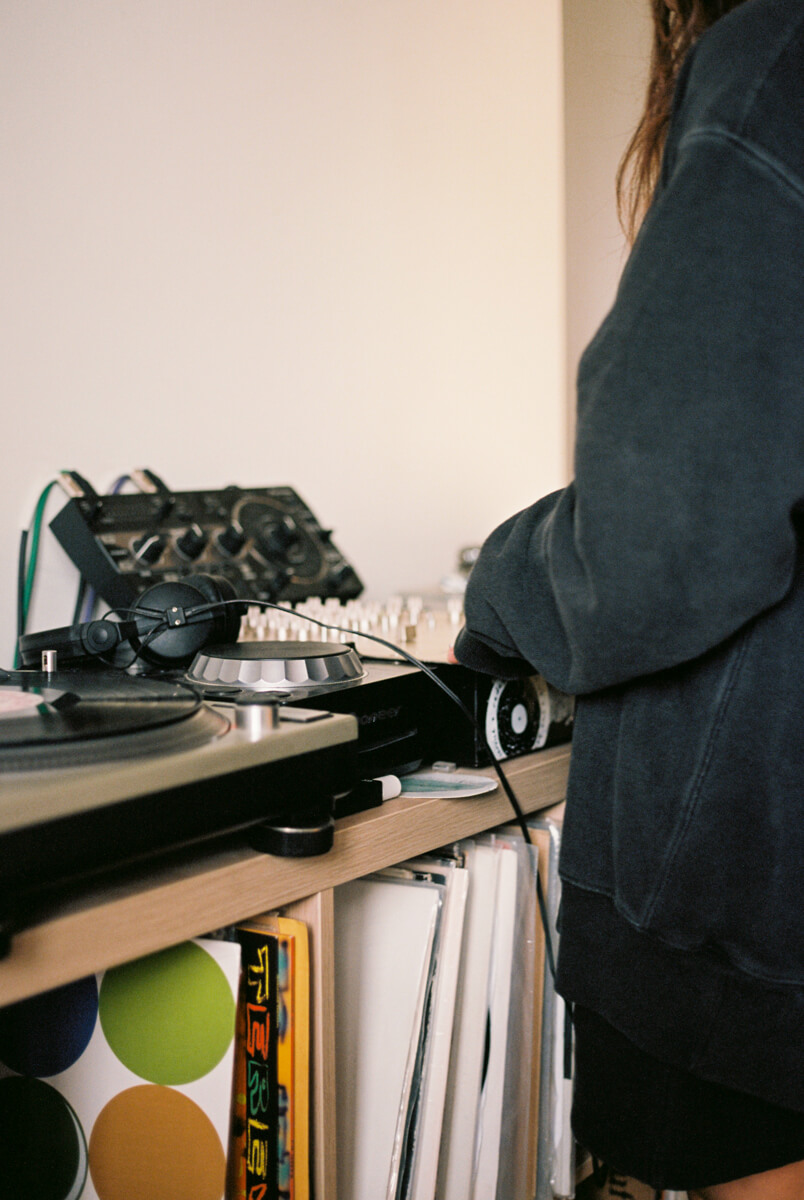 You have a background in classical piano. How does that inform your music production today?

I learnt classical piano from when I was three to 15. By the end I actually hated it. Then one day I went to a piano shop with my dad and he’s like, well why don’t you just quit? And so, I did, and I didn’t touch an instrument or sing for a long time. While I’ve forgotten most of the theory and can not play at all like I used to, I think that background in classical music, all that training and knowledge is just innate and helps me a lot with my music today, and makes it easier to convey what I hear in my head into actual music.

Have you always been producing alongside your DJing?

I was always kind of dabbling, playing and trying to make stuff but it was never the focus. I was focused on DJing for a long time before actually taking the next step into producing.

What’s your set up?

I like to work without a screen, except for when I'm recording. I like to layer and mix digital and analog gear. I also like sampling sounds and instruments, like using violin or guitar samples or sounds from nature, or mixing other traditional instruments into my tracks. 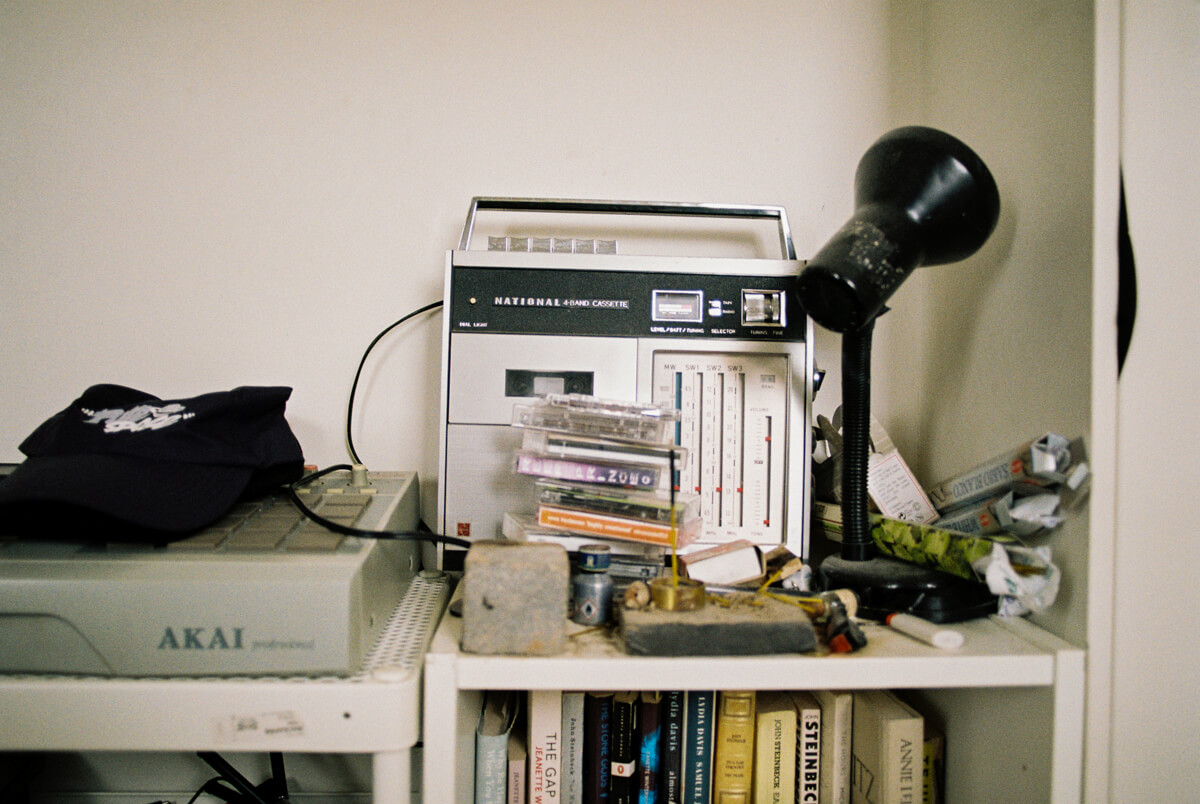 Do you have a favourite piece of gear?

I love my MPC but my Teenage Engineering op1 is probably my favourite piece of gear. That makes it into all my tracks. Sampling was something that I went to first when I started producing because I grew up listening to lots of hip-hop and rap and that's where my early inspiration came from.

What inspires you creatively?

For the last little while I have clearly been inspired by water, whether that’s sampling or on a conceptual level. I created a live set for Cool Room which was inspired by David Attenborough’s documentary Blue Planet 2 and all about the climate crisis. I was really inspired by a story in the film about how every year in New Zealand a group of false killer whales meet up with a pod of dolphins. You think they are going to spar or something but they end up just hanging out for days and, essentially having a festival and getting to know each other. The whales even end up speaking dolphin. Some of them recognize each other year to year even though there are thousands of them. So, I wrote my set based on that because, to me, it really showcases the intricacies of life. I think often we think about marine animals as lesser for some reason but really, they are such complex creatures. 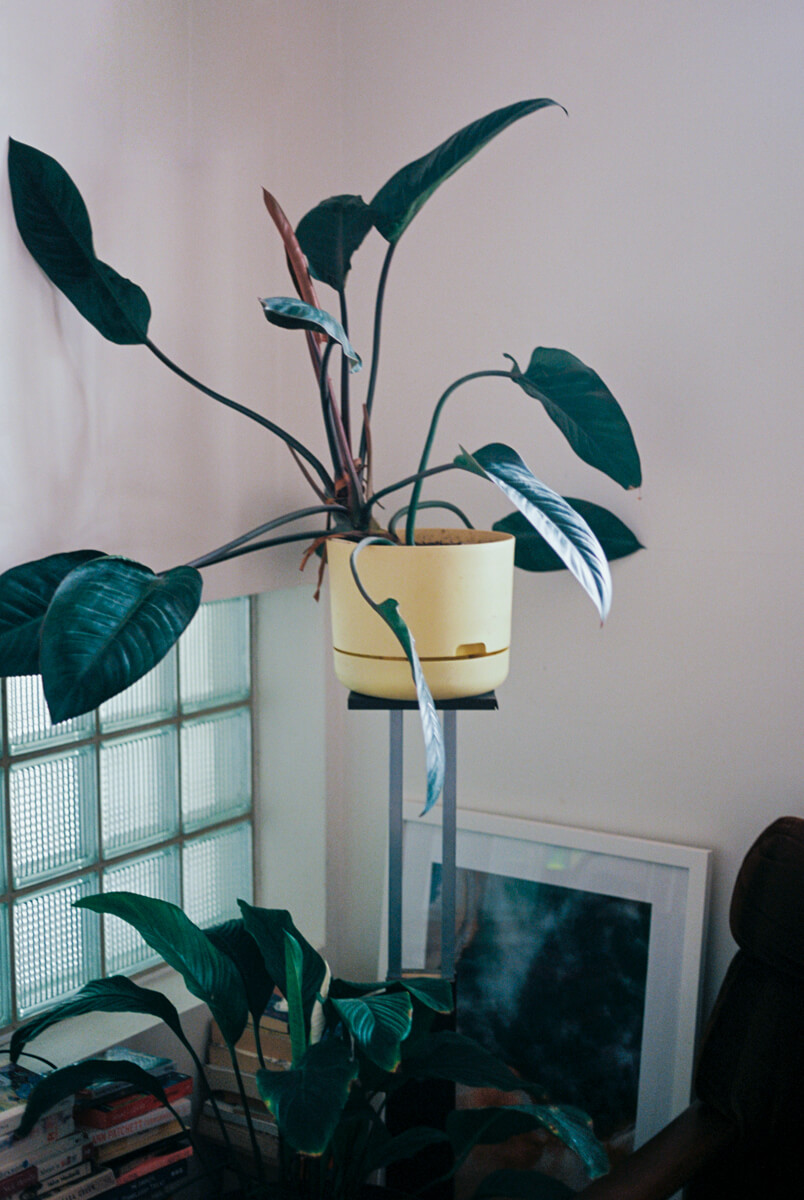 Do you have a favourite producer?

Did you start DJing when you were in Toronto?

I started partying when I was in Toronto, and was bedroom DJing, but I started DJing publically when I moved to Australia in 2012. Toronto was where I started discovering clubs and illegal raves and that kind of thing.

Have you been back to Toronto since you moved to Australia? How does the scene there compare to here?

I played in Toronto and Montreal in 2019, which was really cool. It was kind of like a homecoming. To be honest the scene in Canada doesn’t feel too different to the scene in Australia. 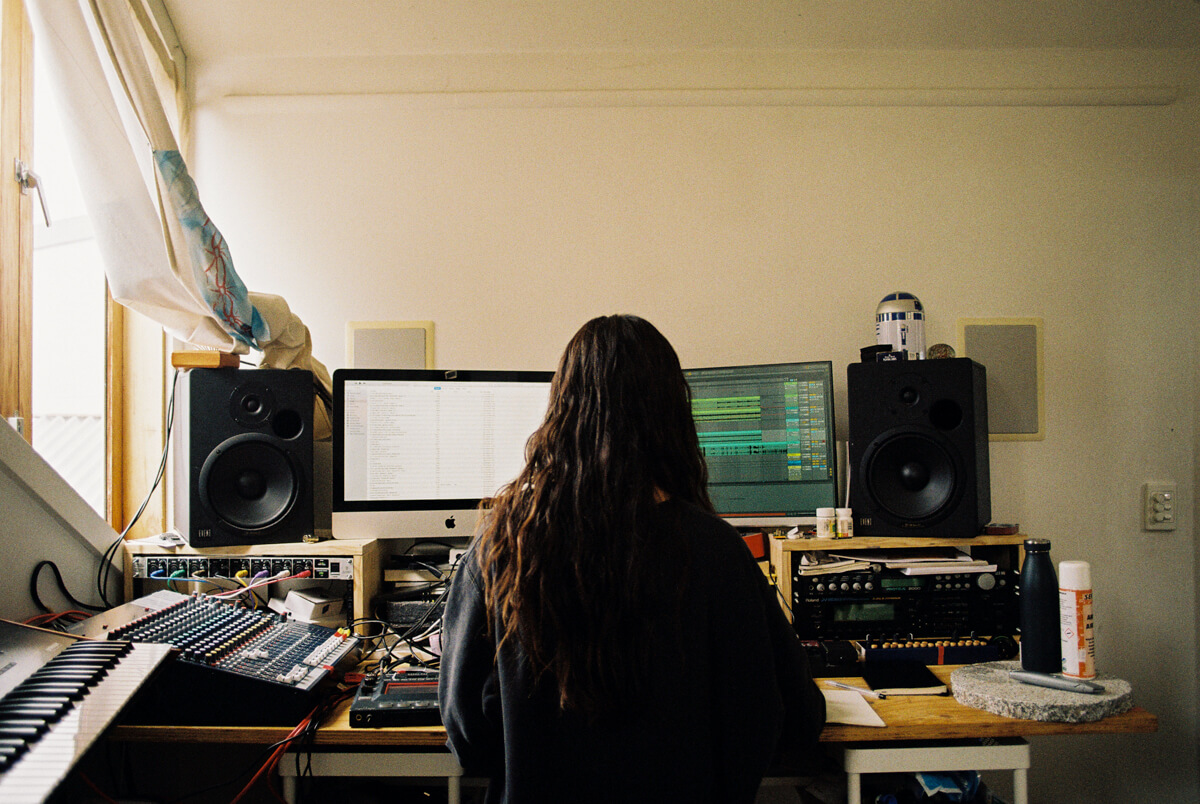 Do you have a standout gig?

Yes, Pitch Festival in 2019. That set felt very me, which I really enjoyed, and I loved it because the audience was large and enjoying it too.

Last year I enjoyed playing at a party called Co-Op in Perth. I played on the last day of a four-day bender of parties, so it was a really lovely, euphoric energy. I was really happy about that one.

Do you have a dream gig that you would like to do?

Yeah, I have a few dream gigs. I actually have an excel spreadsheet where I list them all, so I can manifest them.

Do you have a dream collaboration?

I’d like to collaborate more with dancers, or write tracks for screen.

Do you have a routine with your music making?

Not really. I usually just start with making some sounds with the MPC, or a piece of gear, and then build up around those sounds. 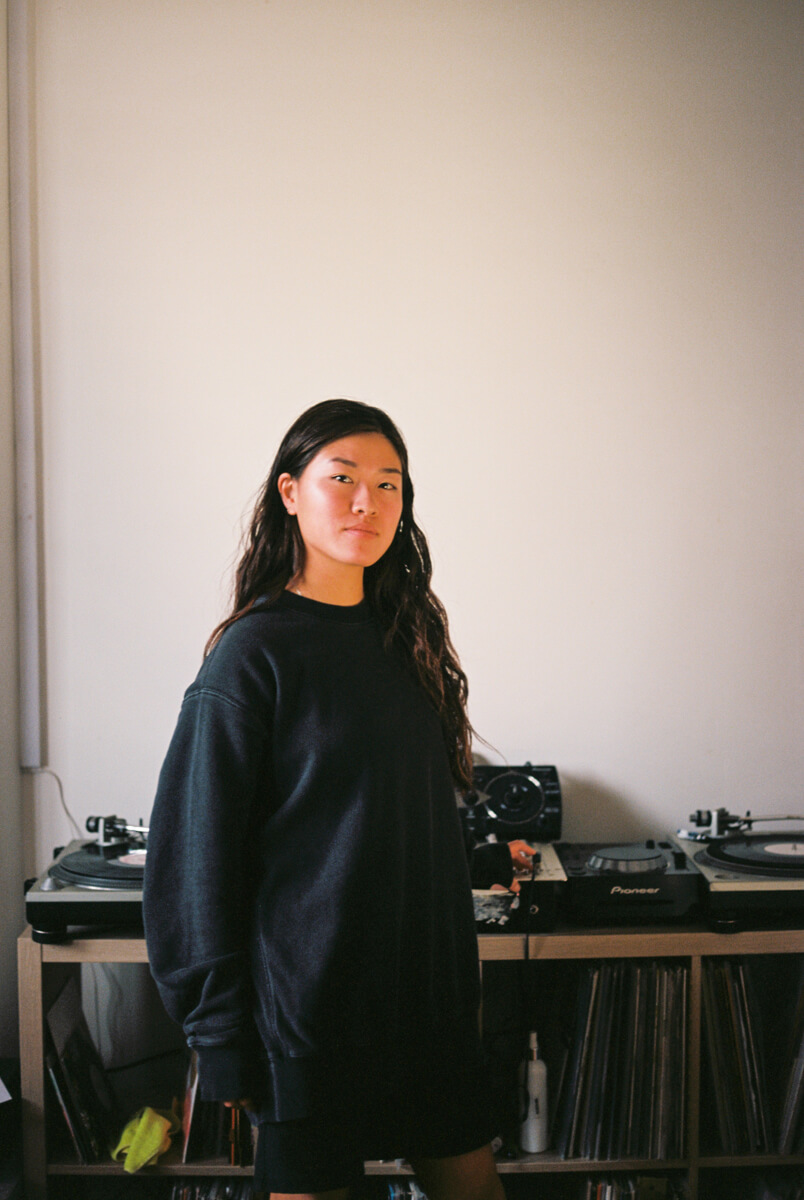 Have you had moments in your career where it has been hard to say no to opportunities?

Yes, constantly, I also hate saying no cause I get the case of FOMO, but it is absolutely necessary to preserve yourself and your energy.

What is your family’s relationship to your DJ career?

My dad loves it, as he always wanted me to be a performer. My mum seems fine with it, she just wants me to be happy. My brothers think it’s really cool and are also fully supportive.

How has lockdown 4.0 been treating you?

I was pretty triggered the day it was announced, I actually changed my flight to make it for a gig in Canberra I had on the weekend. It looked all good, but everyone advised me otherwise, which is just as well, because on the day of the gig they announced a retrospective lockdown for any Victorians in the ACT. I spent the day rather depressed, but I’m better now and just trying to find one thing to get excited about each day. It’s working so far, but fingers crossed this doesn’t last any longer.